A NOTE ON THE ARCHIVED FILES.  Because we do not want to delay worldwide access, we have ARCHIVED FOLDERS for ALL scanned images of every specimen processed for thymidine autoradiography.   The images are unlabeled high resolution jpg files you can download and open with a variety of image viewers.  Zooming up to the 100% magnification level and beyond will reveal cellular details–zooming down will show exactly where you are in the slice.  In the distant future, we will select several slices from each specimen and label them.  But much can be learned from examining the many specimens that are presented here in their “native” state.  See the explanations below for a guide to the various groups of specimens injected with ³H‑thymidine.  You can also go directly to the Thymidine Autoradiography part of the  NAVIGATION PAGE to see the image sets available. 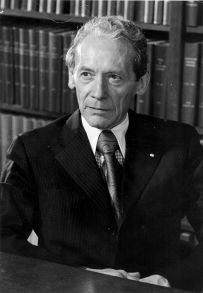 SOME HISTORY.  In the late 1950s, Charles Leblond was the first to use ³H‑thymidine to examine cell proliferation in the nervous system.  He called the technique “high resolution autoradiography” because the cells that absorbed ³H‑thymidine would show black dots (reduced silver grains) directly over the nucleus when they were coated with liquid photographic emulsion.  Variations of ³H‑thymidine autoradiography were used by many laboratories to study cell proliferation, including the Laboratory of Developmental Neurobiology.  It is a powerful technique to reveal the secrets of the developing nervous system.

Here are some basic facts about autoradiography and how we used it:

Here are the three variations of ³H-thymidine autoradiography that we used:

This method reveals labeling patterns in identifiable neuron populations that are differentiated and settled in various parts of the mature brain and spinal cord.

The days of the injections were separated by 24 hours in each group.  In the pregnant rats, for example, one group was injected on E11 and E12, another group on E12 and E13, and so on until the last group was injected on E21 and E22. (Birth usually occurs during the early morning of E23 or Postnatal [P] day 0.)  This is the progressively delayed labeling part of the technique.

The purpose of the multiple injections was to overcome the problem of label dilution so that neurons generated 2, 3, or more days after the first injection could still be detected as labeled.  This is the comprehensive labeling part of the technique.  Within the entire range of labeling groups, we could usually find one or two injection groups that showed 100% labeling for a given neuronal population.  In that, and subsequent labeling groups, we made the assumption that unlabeled cells were generated before the injections began, labeled cells were generated after the injections began.   By analyzing stairstep drops in the percentage of labeled cells from one injection group to the next, we could determine what proportion of a neuronal population is generated on specific days of development—what we called neurogenetic timetables.  The use of multiple injections was our key to unlocking the tremendous order that exists in developmental sequences between and within neuronal populations that are synaptically interacting throughout the central nervous system.  Because we could accurately determine these timetables, we knew when to look for specific populations of labeled neurons in the developing nervous system using short-survival and sequential-survival autoradiography after single injections (explained below).

Survival to E21:  These embryos that were removed from their dams on E21 after their mothers were injected twice on successive days during earlier development.  The E21 survival series is useful to study the earliest-generated neurons residing in the brain and spinal cord; they are the only survival group where injections began on E11.  By E21, neurons have already settled in the early-developing parts of the brain, and various populations can be identified.  See all the specimens on the  ARCHIVED E21 SURVIVAL IMAGES page.

Survival to P5:  These infants  survived to P5 after their mothers were injected on two consecutive days beginning from E13 to E21; these animals were decalcified and the whole body was preserved so that we could study the brain, spinal cord, and peripheral neurons.  This survival series is very similar to an adult survival series.  By P5, most neurons are settled throughout the  brain and spinal cord.   Unfortunately, we are not able to archive the large library that contained 60-day-old adult animals exposed to ³H‑thymidine using the same injection schedules.  However, the ARCHIVED P5 SURVIVAL IMAGES will substitute for the lack of an adult survival group.

This method reveals the locations of proliferative compartments in the developing nervous system.  The labeled cells are the precursors of neurons-not neurons, because all neurons are postmitotic.  Glia, the supporting cells of the nervous system, are mitotic and are also labeled with radioactive thymidine.  One major drawback of thymidine autoradiography is that neurons and glia are difficult to distinguish.

Pregnant rats were given a single injection of ³H‑thymidine between 8:30 and 9 a.m. on specific days of gestation, beginning with E12.  Two hours later, the dams were killed with an overdose of pentobarbital, the abdominal cavity was opened, and the embryos were removed and processed for thymidine autoradiography.

The E12, E13, and E14 embryos were embedded in methacrylate.  Methacrylate interacts with photographic emulsion to increase the level of noise—randomly arrayed reduced silver grains.  We have archived some sagittally-embedded slices where there is a good signal (label absorbed by proliferating cells) to noise ratio.  From E15 through E22, the embryos were embedded in paraffin and slices were processed for autoradiography.

The ARCHIVED 2hr SURVIVAL SPECIMENS page explains the methods for this group in greater detail.

This method highlights the migratory pathways of heavily labeled cells outside the germinal zones in the brain and spinal cord.

Pregnant rats were given a single injection of ³H‑thymidine between 8:30 and 9 a.m. on specific days of gestation, beginning with E12.  1 day, 2 days, or more days later, the dams were killed with an overdose of pentobarbital, the abdominal cavity was opened, and the embryos were removed and immersed into Bouin’s fixative.  Histological slices were processed for autoradiography.

In this website, we are only showing the 24 hour survival group, although we were able to follow cell migration for up to 5 days for each injection time.  Especially in the developing neocortex, the 24 hr survival group is very informative.

Because we knew the neurogenetic timetables for specific populations, we could more accurately determine the identities of many migrating neurons.

The ARCHIVED 24hr SURVIVAL SPECIMENS page explains the methods used for this group in greater detail.